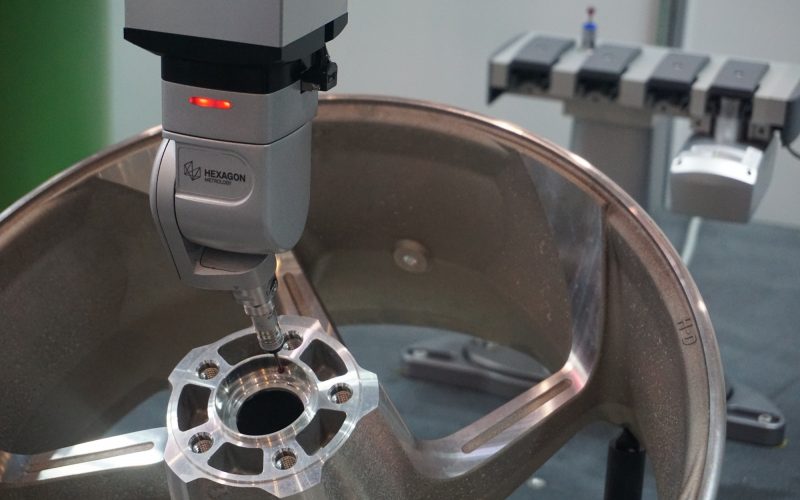 We strive to provide world-class metrology solutions and services that enable you our customers to achieve enhanced business outcomes in terms of quality, productivity and innovation.

Hi-Tech Metrology was founded in 1992 by managing director Ian Martin to support and promote the Sheffield Measurement range of Coordinate Measuring Machines throughout Australia and New Zealand. From that point on by combining an ever growing range of technologies with an impressive range of after-sales services the company has grown to become a leading supplier of metrology solutions throughout the region.

Today our extensive range of metrology and scanning equipment combined with a complete array of support services and offices throughout Australasia enable us to tailor complete solutions incorporating hardware, software and engineering for virtually any measurement or reverse engineering task.

Our business units have been developed to help and support clients with all of their measurement needs; whether it is a capital equipment purchase, support of existing equipment, or provision of contract measurement services from our projects group. All these business units form part of a unique Australian business, one that strives to provide the best possible products and service to our existing and future customers. 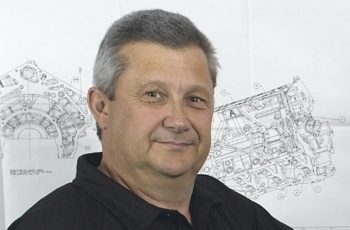 After completing high school in the UK Ian migrated to Melbourne, Australia in 1974 where he joined the Gas & Fuel Corporation as an apprentice Fitter and Turner. On completion of his apprenticeship Ian gained experience in programming CNC machining centres and lathes eventually taking up an Application Engineer role with Gilbert Lodge. This led to his passion for the metrology industry and in 1992 Ian saw the need for a specialist company dedicated to the metrology sector so Hi-Tech Metrology was born. 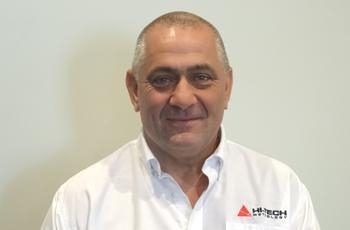 After completing an Apprenticeship with James N Kirby and spending several years as a maintenance engineer at Roden Products Craig joined Gilbert Lodge as a Service/Applications Engineer progressing into a Sales role and eventually a Product Management position. Craig then worked for John Hart as their NSW branch manager for 13 years joining Hi-Tech Metrology in 2006. Metrology Products have been part of Craig’s working life for over 35years. 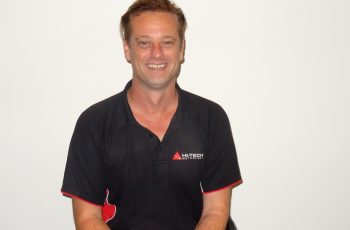 Graduating with a Bachelor’s Degree in Advanced Manufacturing Technology (AMT) from Monash University Paul began his Engineering career as a Product Design Engineer. Paul joined Hi-Tech Metrology in 2000 as an Applications and Support Engineer initially responsible for CMM installations, calibrations, training and servicing. Paul is now our Technical Manager responsible for supporting customers through our operations activities. 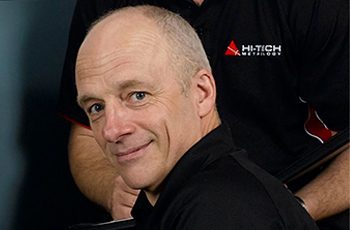 Like many of the Hi-Tech Metrology staff, Mark started his career in the manufacturing sector as a fitter and turner prior to moving into toolmaking and eventually became heavily involved in a number of CNC machine tool manufacturing and supply companies. Early on in those years he became a CMM and metrology specialist assisting large numbers of manufacturing companies including those in the automotive, aerospace, defence and white goods sectors. The growth and development of technologies related to dimensional measurement and how they might benefit those who embrace it, is what continues to drive him daily.

Firat is a degree-qualified mechanical engineer with over 12 years of experience in multiple roles. He worked as a Systems Engineer for 4 years designing testing and modelling electromechanical systems. Then he worked for 7 years in B2B product, solution and service sales positions for global Swiss companies Kistler and Stäubli. He has worked with customers from the automotive, aerospace, defence, plastics and railway industries with sensors, robotics, automation, monitoring & instrumentation solutions before joining Hi-Tech in 2018

Giovanny is a qualified Mechatronic Engineer with 13 years’ experience in CAD/CAM Software/applications and engineering systems including project management, software development/customization, design and manufacturing services. Giovanny joined Hi-Tech in 2016 and rapidly became a highly valued member of our customer support team. 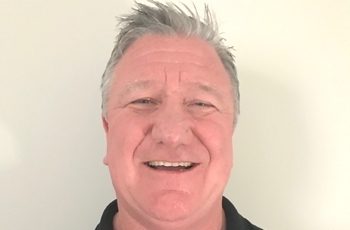 Mick joined James N Kirby in 1981 as an apprentice Fitter & Machinist moving quickly into the QC Dept where he began his metrology career. Utilising a variety of metrology equipment he quickly progressed into the position of QC supervisor ultimately looking after quality in the Automotive & Aerospace business units at Broens. Mick joined Hi-Tech Metrology in 2007 and has a wealth of experience with PC-DMIS, InSpec, and PolyWorks software utilised on a number of our hardware platforms

Prasanna is a new member in the Hi-Tech Metrology team and is a Certified GD&T Expert with ASME. After graduating in Mechanical Engineering Prasanna commenced his career with IHD industries (Automotive segment) as a Production Engineer later moving to Schneider Electric as Incoming Quality Engineer where he was involved in inspection activities using CMM’s with various metrology software for close to 7 years. In 2012 Prasanna joined Hexagon as a software expert in PC-DMIS and has now joined the Hi-Tech team to bolster our customer support. 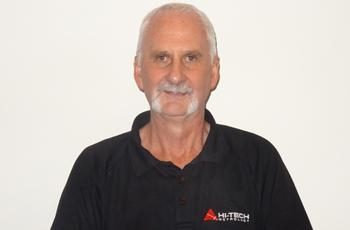 Rob started an apprenticeship with Holden in 1972 as a fitter and turner and after completing his apprenticeship soon moved into the Quality dept. Rob spent the next 28 years programming CMMs with MeasureMax and PC-DMIS along with other metrology equipment utiles by the engine plant. After 33 yrs service with Holden Rob joined Hi Tech Metrology in October 2005. Rob has an extensive knowledge of PC-DMIS and is also responsible for calibrating many of our customers arms. 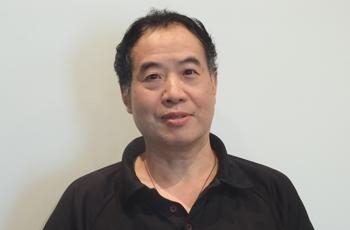 Shane began his working life as an apprentice Electrician at Unidrive where he was responsible for servicing and maintaining a range of CNC machines. After working as a Maintenance Electrician for 13 years Shane took up a Service Engineer role at John Hart where he had his first taste of working in metrology with the Brown and Sharpe CMM’s. Shane joined Hi-Tech Metrology when we became the sole distributor for Hexagon CMM’s in 2007 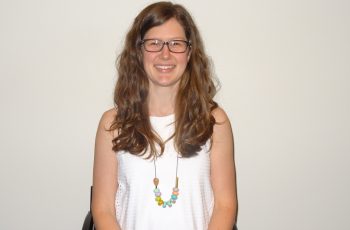 After completing high school Nicole joined HTM in January 2009 as a trainee and is now a key member of the management team with responsibilities that include the company’s marketing activities and oversight of equipment costings, quotations, accounts, scheduling operations staff and managing a team of admin staff. 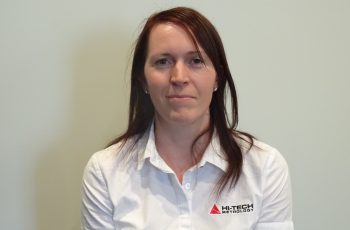 On successful completion of year 12 VCE, Belinda undertook a certificate III in Sales & Business Marketing. She then spent 15 years in the corporate sector gaining experience in all areas of administration, customer service, training, process improvement and management. Starting with Hi-Tech in 2014, Belinda now helps to support our customers and administers much of the day to day operations of the business.

For the past 17 years, Gina has worked in the Machine Tool industry supporting the administration side of these businesses before joining Hi-Tech in 2017. Gina assists with external enquiries providing excellent customers service and supporting the operations department along with everyday administrative duties. 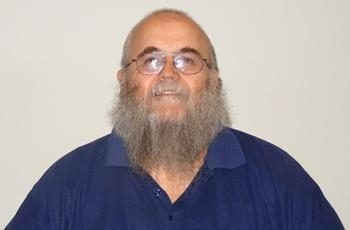 John has worked in various warehouse management roles throughout his career and since joining Hi-Tech in 2017 is now responsible for our inwards and outwards goods.

Our suppliers are all considered to be international leaders in their respective fields and include: