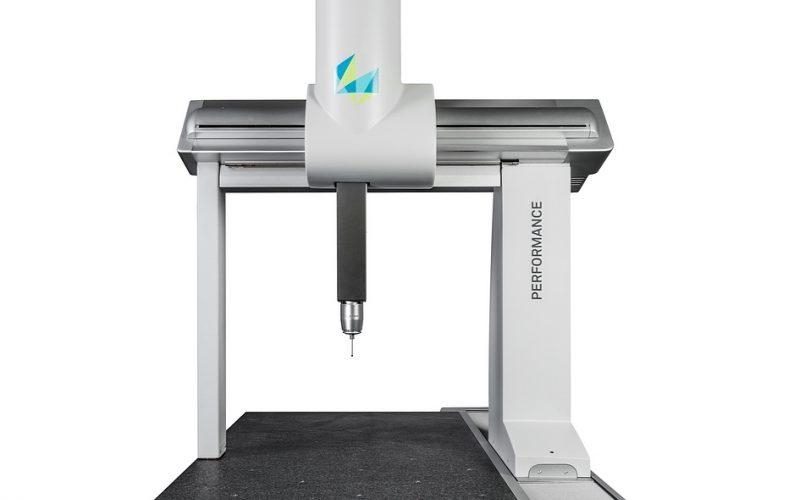 In mid-2010 Waddell Engineering took delivery of a new Brown & Sharpe Global 7.10.7 CMM supplied and installed by Hi-Tech Metrology in a purpose built room inside their Highett facility. The new machine and the enhanced capabilities that it would give the organization, was eagerly anticipated by the entire team at Waddell.

Waddell Engineering is a Melbourne based general engineering company that specialises in highly accurate forging die work for the brass forging and water reticulation industries. Having been in business for over 20 years and currently with a staff of five Waddell are now well placed to take advantage of any new opportunities in the market

In mid-2010 Waddell Engineering took delivery of a new Brown & Sharpe Global 7.10.7 CMM supplied and installed by Hi-Tech Metrology in a purpose built room inside their Highett facility. The new machine and the enhanced capabilities that it would give the organization, was eagerly anticipated by the entire team at Waddell.

Its now over 12-months since the initial installation, commissioning and training was given by Hi-Tech's team, and so we thought that for this article it would be a good time to revisit Waddell and see just how the new CMM investment was progressing and how the financial payback stacks-up - 12-months after the event.

We met with Managing Director, David Waddell recently at Waddell's modern and well-presented facilities in Highett to discuss how their CMM investment was now viewed. David was most welcoming and took great pleasure to show us around their very impressive factory and facilities where some of the very latest examples of CNC turning, milling and die-sinking technology were in action.

Waddell's main business is to supply forging dies and other associated tooling - ejector pins and machining jaws etc. to their key customer - a major player in the Australian plumbing and water reticulation sectors, and their whole business is focused on the efficient supply of these types of components with rapid turnaround and with 100% quality.

David Waddell mentioned that the CMM has now become very much the mainstay of their business with a number of operators, including - and very pleasingly to hear - the apprentices in the business, all able to operate and programme the Brown & Sharpe CMM.

One of the biggest advantages that David sees with the CMM purchase has been that with the change to the manufacture of single forging-die die halves, as opposed to pairs of die halves that they used to routinely supply, it is now critical to be able to accurately measure these die halves (using the CMM) rather than relying on core pins and other physical means to line-up the two die halves in an assembled condition. Now it is crucial to be able to very accurately determine the overall condition of each die half so that when the die is fitted back into the bolster of the forging press there are no mitre problems which can lead to premature die failure and excessive die flash thickness and excessive wear of trim tools etc.

All of these potential problems are now alleviated with the use of the CMM technology at Waddell which helps to ensure better customer outcomes and improved production efficiency at Waddell.

David Waddell went on to say that most recently they had to measure a groove down a large diameter bore in a tool - very accurately and with positional precision, and without the CMM they are simply not sure how they would have measured the required feature. They also now have complete confidence that the part that they were giving to their customer was 100 per cent correct and fully compliant with the specification.

The success of the Waddell business, according to David Waddell, is that... "I thoroughly research when it comes to making large capital purchases, I evaluate the machinery and buy the best I can and I place a lot of emphasis on the returns from the machinery purchase and the best return in the long-run. I also employ the best people possible with the most experience and I promote a clean, safe and enjoyable working environment"

The future for Waddell Engineering is very bright and the business looks forward to attracting new customers and business from the market. David Waddell with his dedicated team, investments in the latest manufacturing technologies and organized workflows, is an excellent choice for quality tooling and precision engineered components and is a current bright spot in the Victoria precision engineering sector, and by all accounts a quiet, yet tenacious achiever.