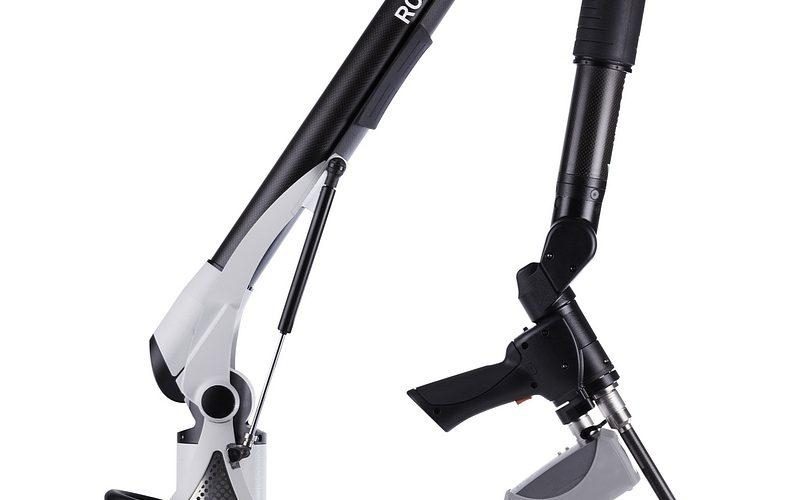 In November 2010 SES approached Hi-Tech Metrology to investigate a portable measurement solution for their business which would provide a portable - yet accurate way in which to perform on-site measurements for clients for both reverse engineering as well as inspection tasks.

The SES Mining & Industrial divisions in particular, service those customers in the coal mining industry who require a 24/7service response with the group providing items from the smallest bolt or ‘O' ring to engineered packages for underground roof support systems.

Within the group divisions are quality accredited to ISO 9001:2008 and their experienced staff have appropriate tertiary qualifications in mechanical engineering, along with required industry accreditations, to meet all customer job requirements.

In November 2010 SES approached Hi-Tech Metrology to investigate a portable measurement solution for their business which would provide a portable - yet accurate way in which to perform on-site measurements for clients for both reverse engineering as well as inspection tasks.

After a period of consultation and discussion, with on-site demonstrations of the equipment options that were available to SES, it was decided that a new Romer Absolute SE 7-axis arm was the right system for their needs - both for current requirements as well as for future expansion and for more detailed projects in the future.

According to SES's technical office - Rob Royters, based at their Unanderra workshops facility, "the new Romer Absolute Arm has been a tremendous acquisition for SES, we can now go to site with this equipment and very quickly and easily measures parts in-situ for our customers - saving us vast amounts of time and multiple trips to site to collect information that we may have missed the first time when we went there".

SES has found the Romer Arm to be extremely useful and versatile in verifying the as received condition of equipment and gearboxes, especially housings and casings. Additionally, the technology has been effective when used to verify the "as repaired" condition of the same components, and being able to translate the actual condition into graphics and tables which can then be included in reports for end users and clients which are instantly recognizable and readable, including clear "pass/fail" results, related to specification and tolerance limits.

The new Romer Absolute portable measuring arm purchased by SES from Hi-Tech Metrology with PolyWorks inspection and reverse engineering software is the state-of-the-art measuring system that provides unparalleled accuracy, versatility and performance and is fast becoming the industry-standard in Australia for mining and resources projects across the country. The ROMER arm can be fitted with an external laser scanning system allowing users to collect "point cloud" data in addition to probing information so that 3D surface information can be digitized for both inspection to either a 3D CAD model or alternatively in order to reverse engineer components to generate a 3D CAD model and to ultimately CNC machine new components or items where existing CAD data is either not available, has been lost or was never produced.

SES continues to achieve significant productivity benefits from this type of equipment in their business and show significant gains in the quality of the deliverables to their customers.

The new Romer Absolute SE measuring arm will be featured in Southern Engineering Services' stand at this year's AIMEX Show - Australia's largest mining and mining equipment exhibition which is held every four years at the Sydney Showgrounds This year AIMEX is being held from 6-9 September 2011, and according to SES general manager, Paul Hughes... "we will be showing the Romer arm in action measuring large gearbox housings and how theses types of measurement tasks are now made simpler and with a higher degree of accuracy with this type of technology, than that was ever able to have been achieved previously in the field."