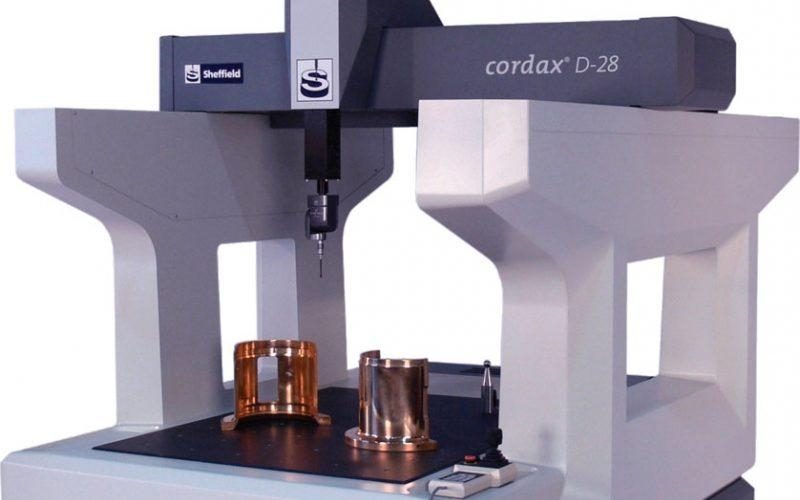 After approaching Hi-Tech Metrology in March 2011 and working through the needs of the organization for CMM technology a specification for the equipment was put together. This information was then used in conjunction with Hi-Tech Metrology's application engineering team to put together a business case for the purchase of a new CMM.

Supercharging has been around since the early 1900′s and has its origins in the aircraft industry, more particularly fighter aircraft including the 27 litre V12 Merlin engines in the famous Spitfire.

It has now been established that as most car manufacturers move towards smaller engine capacities to meet demanding emissions and economy standards, that supercharging provides one of the most effective solutions for increased performance from smaller capacity engines without the penalty of higher emissions.

Sprintex has over 25 years of dedicated supercharger experience, from prototypes, OEM concepts and production, aftermarket and high performance installations. In Sprintex's modern machine shop facilities in the Perth suburb of Malaga a range of the latest CNC machine tools produce highly accurate parts and assemblies, however it was not until mid 2011 under mounting production loads and an increase need for higher accuracy standards in all of the parts that they produced that Sprintex came to the realisation that CMM measurement technology was not only necessary in their operations, but a key driver towards future productivity gains.

After approaching Hi-Tech Metrology in March 2011 and working through the needs of the organization for CMM technology a specification for the equipment was put together. This information was then used in conjunction with Hi-Tech Metrology's application engineering team to put together a business case for the purchase of a new CMM. The machine, a Sheffield Discovery Series III was subsequently purchased in September 2011 with the installation, commissioning and software training for employees conducted in early 2012.

It has now been 3-months since the CMM was installed at Sprintex, and according to Dario Orellana, QA Inspector, "the CMM installation at Sprintex has helped us enormously with our first-off processes as well as on-going quality checks and process control regime necessary to ensure the highest performance in all of the supercharger systems that we produce".

In one case recently the new CMM has proven extremely helpful. We had a problem that we couldn't isolate for over a year, but recently using the CMM as our analysis tool we were able to identify the source of the problem which in this instance was ovality in a hole on one of our key supercharger parts. With this type of approach to problem solving at Sprintex the flow on productivity benefits and quality improvements are substantial.

Orella went on to say... "the local support and assistance from the Hi-Tech Metrology team has been great and has enabled us to quickly get benefit from the system and also helped us to solve a number of key problems and questions that we had relating to the programming software and the machine operation itself"

Management at Sprintex, according to design engineer Stuart Nelson, are also delighted with the CMM purchase and now see this key piece of equipment as being integral with their overall approach to quality assurance, continuous improvement and product quality. Our customers will receive the benefit of this investment in product performance and the Sprintex business will maintain its competitiveness with these types of strategic investments.